One Opinion on Use of Technology by College Freshman 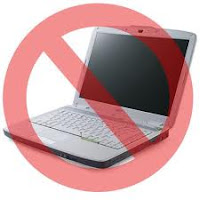 Here is a thoughtful entry among six that are part of a piece in a past Sunday Opinion section of  the NYTimes:


"Devices have become security blankets. Take the time to wean yourself.

Start by scheduling a few Internet-free hours each day, with your phone turned off. It’s the only way you’ll be able to read anything seriously, whether it’s Plato or Derrida on Plato. (And remember, you’ll get more out of reading Derrida on Plato if you read Plato first.) This will also have the benefit of making you harder to reach, and thus more mysterious and fascinating to new friends and acquaintances.

When you leave your room for class, leave the laptop behind. In a lecture, you’ll only waste your time and your parents’ money, disrespect your professor and annoy whomever is trying to pay attention around you by spending the whole hour on Facebook.

You don’t need a computer to take notes — good note-taking is not transcribing. All that clack, clack, clacking ... you’re a student, not a court reporter. And in seminar or discussion sections, get used to being around a table with a dozen other humans, a few books and your ideas. After all, you have the rest of your life to hide behind a screen during meetings."

Read all the "Advice for freshman from the people who actually grade their papers and lead their class discussions." by clicking on the entire piece "Ditch Your Laptop, Dump Your Boyfriend."

Email ThisBlogThis!Share to TwitterShare to FacebookShare to Pinterest
Labels: Books/Articles to Read 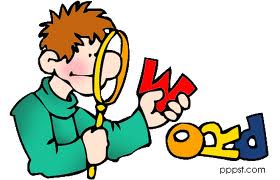 I was first introduced to Louis Sachar through his main character Stanley Yelnats — that's Yelnats, Stanley spelled backwards — in his Newbery Medal and National Book Award winning book, Holes.
Well, he did it again!  Read The Cardturner, A Novel About a King, a Queen, and a Joker.  This book is the real delightful "deal."  At the same time, you will learn about the card game of bridge.
Get to know Louis Sachar.  Click on the video.

Email ThisBlogThis!Share to TwitterShare to FacebookShare to Pinterest
Labels: Books to Read

Learning Flow When Kids Are in Their Element

From time to time I share one-page stories about kids, education, and parenting that I have written over the years.  Amusing but usually with a point, these pieces are a quick read.  Here's one on the kids in their element.

It has always amazed me how kids might struggle with reading, writing, and certain school work; and yet, can zoom through infinite song lyrics or lines in a play.

This past spring, I experienced what some might respond to by saying, “You did what?  Two days and three nights with 23 fourth and fifth graders on an island in one house?  You are crazy.”  I have to say, when you experience this kind of concentrated child development class you learn a lot, I mean a lot.
For instance, after a day of rain, hanging around in the house on the island. . . more
Posted by Dane Peters at 12/18/2010 09:28:00 AM 2 comments: 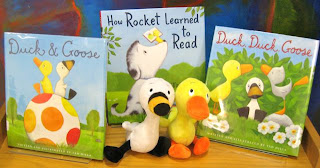 This past week, author and illustrator Tad Hills demonstrated his talent for writing and drawing to our preschoolers, first, second and third graders, oh . . .  and teachers, too, at a morning school assembly.  Seated in front of an easel and Tad's dog Rocket, everyone was enchanted with his stories and drawing techniques.
The basis for How Rocket Learned to Read, his most recent book, is his beloved dog Rocket, who sat dutifully by as kids asked a gazillion questions.  Check out his books, which include those show above.
Posted by Dane Peters at 12/14/2010 07:33:00 AM No comments: 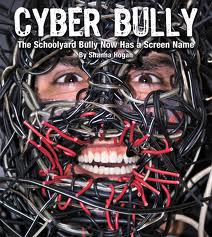 In case you missed my previous post and the NYTimes, "As Bullies Go Digital, Parents Play Catch-Up" article, here are two quotes from the article that say quite a bit about what's going on in our students' (and parents') cyber world.


1)  After Marie learned the identities of her son’s cyberbullies, she did not call their parents. She was so incensed that she communicated only through official go-betweens, like the police and prosecutors.  But some parents prefer to resolve the issue privately, by contacting the bully’s family. Psychologists do not recommend that approach with schoolyard bullying, because it can devolve into conflicting narratives. With cyberbullying, a parent’s proof of baldly searing digital exchanges can reframe that difficult conversation.  Parents who present the other parents with a printout of their child’s most repugnant moments should be prepared for minimization, even denial.
2)  Christine called the boy’s mother. “I asked her to get her son to stop,” Christine said. “She apologized, and her son wrote us a letter of apology. ” But the boy’s father disagreed. “He refused to put limits on the kid,” said Christine, who works in marketing. “ ‘Oh, no, he needs total freedom and he can use his best judgment.’ ”

Can Parents Catch Up Using an Inter Net? (Part I) 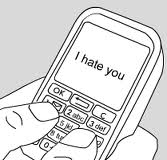 In the spring of 2002, I wrote an article for Independent School magazine titled "Internet Abuse," which at the time, provided educators and parents with a snapshot of how our students were caught in the middle.
How things have changed since that article was written!
A recent article in the NYTimes, "As Bullies Go Digital, Parents Play Catch-Up," does an excellent job of presenting an update on kid Internet abuses.  It is a long article, but one that is well worth reading, and if you have the time compare what I wrote in 2002 to what is reported in the December 5, 2010 article.
Posted by Dane Peters at 12/06/2010 08:28:00 PM No comments:

Teachers learning is constant in our schools. It has to be. Teachers learning models for our students how the process works. Teachers learning together is good for the profession.
A year ago, I had the opportunity to return to the faculty of the New York State Association of Independent School’s (NYSAIS) Beginning Teachers Institute (BTI) — a three-day, mid-October workshop for teachers new to teaching and independent schools. Like other state and regional association new teacher workshops, the Institute’s objectives are to support and reassure new teachers during their first weeks of teaching . . .
Read my entire article in "Independent Teacher" by clicking here.