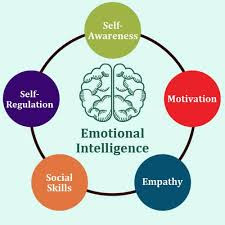 
“In 2013, Google decided to test its hiring hypothesis by crunching every bit and byte of hiring, firing, and promotion data accumulated since the company’s incorporation in 1998. Project Oxygen shocked everyone by concluding that, among the eight most important qualities of Google’s top employees, STEM [Science Technology Engineering Math] expertise comes in dead last. The seven top characteristics of success at Google are all soft skills: being a good coach; communicating and listening well; possessing insights into others (including others different values and points of view); having empathy toward and being supportive of one’s colleagues; being a good critical thinker and problem solver; and being able to make connections across complex ideas.”

“Project Aristotle shows that the best teams at Google exhibit a range of soft skills: equality, generosity, curiosity toward the ideas of your teammates, empathy, and emotional intelligence. And topping the list: emotional safety.”

“STEM skills are vital to the world we live in today, but technology alone, as Steve Jobs famously insisted, is not enough. We desperately need the expertise of those who are educated to the human, cultural, and social as well as the computational.”
Posted by Dane Peters at 4/05/2018 06:05:00 PM

Nice article and glad to spend time on your site. That was an amazing article and was a very big one, I am really impressed with that. Would like to read many more of those make sure you don’t stop there give us many more like that.

These may be helpful for the visitors on your site:

Do CBSE Results 2018 matters for future

There are many sites which give best past papers but I recommended must visit the past papers from this site.

I love to read the educational blog where I found more
students resources for gathering knowledge.

Hi. I think this can't be said too often and I'm glad you said it! STEM is so important, but it's not the most important or only thing. There, I said it again, but not as well as you did.