What Straight-A Students Get Wrong

The NYTimes article "What Straight-A Students Get Wrong" by Adam Grant is excellent and says so much. Here are a few quotes with lots of good embedded links:

“The evidence is clear: Academic excellence is not a strong predictor of career excellence. Across industries, research shows that the correlation between grades and job performance is modest in the first year after college and trivial within a handful of years.”

“Academic grades rarely assess qualities like creativity, leadership and teamwork skills, or social, emotional and political intelligence. Yes, straight-A students master cramming information and regurgitating it on exams. But career success is rarely about finding the right solution to a problem — it’s more about finding the right problem to solve.”

“. . . Steve Jobs finished high school with a 2.65 G.P.A., J.K. Rowling graduated from the University of Exeter with roughly a C average, and the Rev. Dr. Martin Luther King Jr. got only one A in his four years at Morehouse.”

“You gain experience coping with failures and setbacks, which builds resilience.”

“It might also help to stop the madness of grade inflation, which creates an academic arms race that encourages too many students to strive for meaningless perfection.”

Leading From the Front

Having served as a Captain in the Marine Corps, I pass on this book recommendation so you can see what two women USMC Captains accomplished and have shared in their powerful book Leading From The Front — this link also has many terrific resources. To give you some perspective on what authors Angie Morgan and Courtney Lynch confronted when they choose to serve as an officer in the Marines . . .

Today "There are approximately 14,000 female Marines which makes up about 7% of all Marines today."

Ten  leadership principles they present in this powerful book:


1.      Meet and exceed the standards you ask of others—lead from the front
2.      Make timely decisions—find the 80% solution
3.      Seek to take responsibility before you begin to place blame
4.      True leaders dedicate themselves to service—take care of those you lead
5.     Think before you act—especially before you overreact
6.     When faced with a crisis—aviate, navigate, communicate
7.     Courage + initiative + perseverance + integrity = success
8.     Don’t cry over something that won’t cry over you
9.     Say you’re sorry only when you’re at fault
10.  Always lead as you are

And, here is a brief video with author Courtney Lynch talking about principle #10: 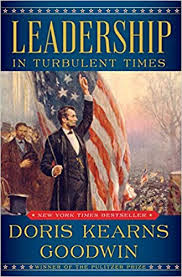 Just when you think you have gone as far as you can go as a leader, you have to read Pulitzer Prize winner Doris Kearns Goodwin's masterful book Leadership in Turbulent Times. What makes this book so special is that it not only is jam packed with amazing leadership advice and perspective, but I found that it read like a novel.

The leaders and turbulent times are as follows: 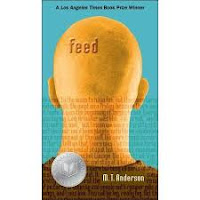 Like George Orwell's powerful book 1984 (written in 1948), the young adult book Feed published in 2002 is coming true to life. If you have not read Feed, by all means do; it is a great YA book for students and adults. Also, listen to the npr clip below to hear what is happening with artificial intelligence management. Once you read Feed, you will see its connection to the npr piece and 1984.


“Cigarette smoking has been on a steady decline among teens for the past decade. That’s good news … but, a new craze called “Juuling” is threatening to reverse that. A Juul is a brand of e-cigarette that has become popular among middle and high schoolers, at least in part because of youth-friendly flavors and a discrete, concealable design. If Juuling is not yet on your radar, it should be, as it is quickly moving from a trend among a small percentage of teens to a major health crisis, with many implications still unknown.”

Wikipedia on JUUL:  “JUUL Labs (/ˈdʒuːl/ JOOL, like "jewel"[7]) is an electronic cigarette company which spun off from PAX Labs in 2017.[1] The JUUL e-cigarette was introduced by PAX Labs in 2015.[8] It is a type of e-cigarette that uses nicotine salts that exist in leaf-based tobacco for its key ingredient.[8] The JUUL is the most popular e-cigarette in the United States by market share,[9] and its widespread use by youth has triggered multiple investigations by the U.S. Food and Drug Administration.”