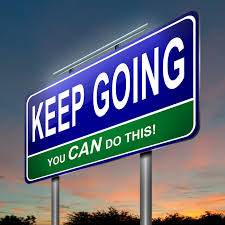 I first became intimately acquainted with the word resilience when I listened to Angela Duckworth's TED Talk.

If you have a similar interest, especially if you have or work with children, you will want to read Maria Konnikova's New Yorker article "How People Learn to Become Resilient." Here is how she begins the piece:

"Norman Garmezy, a developmental psychologist and clinician at the University of Minnesota, met thousands of children in his four decades of research. But one boy in particular stuck with him. He was nine years old, with an alcoholic mother and an absent father. Each day, he would arrive at school with the exact same sandwich: two slices of bread with nothing in between. At home, there was no other food available, and no one to make any. Even so, Garmezy would later recall, the boy wanted to make sure that “no one would feel pity for him and no one would know the ineptitude of his mother.” Each day, without fail, he would walk in with a smile on his face and a “bread sandwich” tucked into his bag."
Posted by Dane Peters at 3/11/2016 06:14:00 PM

Dane's Education Blog is one of my favorite blogs. Best investment on Earth is deliver knowledge to our upcoming generation.

your post just awosome, and also benifited for everybody. If you wants more information about gaming or educational video please Click here

I read your blogs regularly. Your humoristic way is amusing, continue the good work!
essay writers

I like Ted's blogs. When I write CV's to my costumer for papernow.org service, sometimes I add the video from TED channel and it's wotk!

We often have to do such essay task at home, it's our homework. But if you think that homework it's something boring, I advise you to check essay-company.com and you will change your opinion!