We learn how parents and educators scramble to keep up with children's technology learning curve in books like The Big Disconnect: Protecting Childhood and Family Relationships in the Digital Age by Catherine Steiner-Adair (Read her Independent School article "Your Student in Class vs. Your Student Online") and the Young Adult Literature book Feed by M. T. Anderson.

It is crucial that we look at the BIG picture of the future of technology. My eyes became wide open after viewing this TED Talk. If you scare easily, you may want to pass on this one. If you want to learn more about what Marc Goodman has to say, read his new book Future Crimes: Everyone Is Connected, Everyone Is Vulnerable and What We Can Do About It. 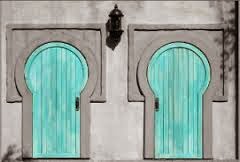 Getting to Know David Brooks

Recently, I had the good fortune of hearing David Brooks speak at the Music Hall in Portsmouth, NH. His personal, thoughtful, and humorous style enthralled the nearly 500 people who gathered to hear him speak about his new book The Road to Character. He opened his remarks by talking about his family and the inspiration that came from his three children.

Here are several resources to help you get to know Brooks better.


Read this wonderful article about what these middle schoolers are doing for their spring field trip. "A Field Trip to Baltimore" by Launa Schweizer is in The Atlantic. 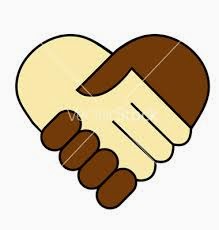 I remember when, for 20 years, I helped seventh and eighth grade students and their parents apply to secondary (aka high) schools. Part of that responsibility was spending time guiding students on executing what I thought was the perfect handshake . . . firm, not too firm; make eye contact; and present your best smile. I felt that this first-impression presentation was important when meeting admissions representatives from various independent, public, and parochial schools.

Fast forward a few years when I found myself listening to author and psychologist JoAnn Deak, Ph.D. speak to a group of parents and educators. She talked about a survey that was done on how college admissions officers could tell immediately from a handshake the students they wanted in their school. Deak then asked those assembled, “So, on a scale of one to ten—one being a limp-wrist handshake and ten being a ‘bone cruncher’ handshake—what handshake was the most impressive?” Audience guesses were anywhere from a four to a nine.

To everyone’s amazement, she said, “Nope. None of your predictions are correct.” She then went on to say that the most convincing handshake was a student who matched the admission officer’s handshake. The raised eyebrows and smiles on everyone’s face were acknowledgement that this really made sense. It certainly did for me.

I now tell everyone this story and practice the matching handshake technique every time I shake someone’s hand. It makes perfect handshaking sense.
Posted by Dane Peters at 5/01/2015 09:44:00 AM 2 comments: